Moving country is definitely the most exciting thing I’ve ever done* but it’s also the most terrifying. Especially if, like me, you have anxiety around:

Suffice to say that I walked into this like a knight entering a melee, ready to battle through the anxiety attacks with my handy packet of Kalms and my chill-out playlist.

But here’s the weird thing: I feel fine.

The travelling was fine because my family took me to the airport, and I was so busy focussing on how much I loved them and how much I would miss them I completely forgot to be worried about the flight.

The rest of it has thus far been overcome with Google Mapping (and occasionally ‘walking’ the route via Google Maps before I leave so I know what I’m looking out for. Hey, did I mention I’m weird?), semi-awkwardly inviting myself along to things and sucking up the jump in the price of beer.

Here are my tips for helping yourself settle in a new country, I hope they’re helpful.

1. Build your support network before you go

I have some wonderful, beautiful friends. Before I left I was terrified I’d end up falling out of touch with them. It was another anxiety of mine – that they’d somehow forget who I am and I’d come home to no friends at all (anxiety is rarely rational, remember.)

Now I’m here I realise how silly that was – I could no more stop talking to any of them than I could stop needing a cup of coffee in the morning. It’s so deeply ingrained into my days and weeks that it’d be weirder for me to ignore that and not contact them. If that makes sense.

But what I did before I left was made sure they knew I’d be in touch and that I wanted to stay up to date with what was going on with them. I asked them to let me know what happens with the new job, the new house, the baby. So now I get little messages and I send updates back. Like a modern-day penpal. 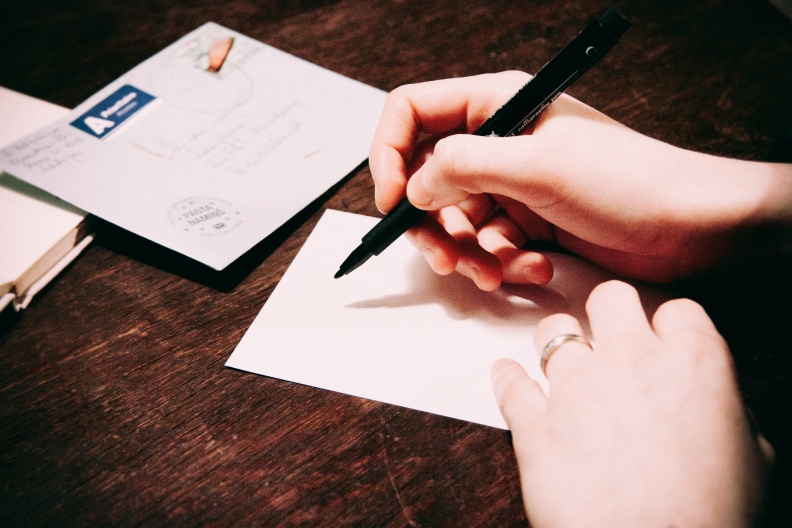 2. Figure out how you’ll stay in touch

So my sister will be the first to admit she’s a bit crap at communication. She also dislikes phone calls as a rule, so we tend to Snapchat or Whatsapp. We also have Netflix Party dates, where we’ll sync our Netflix watching using a Chrome extension and watch something together. Which is uber cute.

My other friend prefers letters, so we’re writing to one another. Someone else prefers Facebook messenger. Another friend I have to call because she never checks social media.

Think about it. If someone said ‘what’s the best way to get in touch with you’ – you have a favourite, right? Or at least, you have a least favourite. So do your friends. Find it out!

3. If possible, try and find somewhere to live before you land

This has helped me 10,000%. Especially in a property market like Stockholm’s, where it’s notoriously difficult to try and find somewhere to live. I started house hunting back in March when I got my acceptance – and it was active house hunting, as if I were about to move the following day.

All of that resulted in four house viewings in May and me paying the deposit on the place I currently live in in June.

Why did I start looking so ridiculously early?

(2) Everyone moving to Stockholm to study is moving in August. Therefore, an already saturated market was about to get a heap more saturated. What can you do to beat saturation? Hit the market early, before the students start trickling in.

4. Otherwise, try and get into a routine regardless

If you’ve moved into temporary accommodation (which is more common, because sometimes it’s just not physically possible to go house hunting before you arrive) try and settle into a routine.

If you’re in a hostel, go out and buy some groceries so you know you can make a piece of toast in the morning. Set an alarm, get up, shower, breakfast like you would at home. Then plan your day around house hunting and whatever else you need to sign up for (bank accounts, tax agencies, all of these things.)

But most importantly, start getting into your new rhythms of life.

5. See who you can meet online before arriving

I was lucky to stumble upon two guys doing the same course as me on Facebook before I arrived, who happen to be two of the loveliest people I’ve met (they gave me a card to say thanks for helping them out with Stockholm admin and honestly… 😭😭)

It was at random that I met them on the Accommodation Hunting group for Stockholm, but it wasn’t random that I also signed up for all of these Facebook groups:

GET OUT THERE. Put yourself out there digitally before you’re there in person and get chatting to as many people as possible. You don’t have to meet up with everybody, but it made such an overwhelming difference to me knowing there were at least two people there that I vaguely knew before I landed. 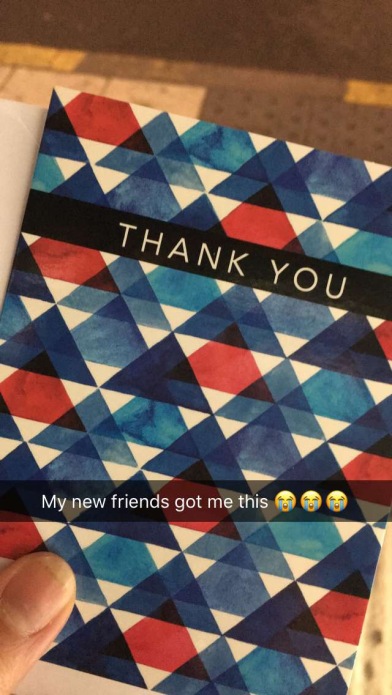 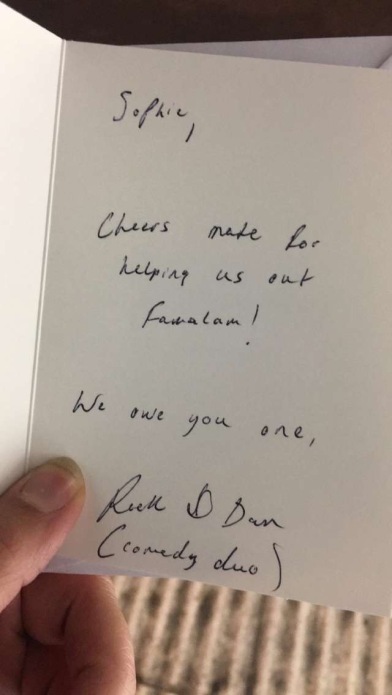 6. Get up every day and do something

I don’t care if that something is ‘buy a tin of beans’ – get up and get out. Staying inside isn’t going to help you get to know a new area.

It’s understandable to feel a bit nervous. You might not know where to go, or what to do. But take a deep breath, you got this, and now Google where to find your nearest:

Add them all into your favourites in Google. Figure out how to get to each of them. Already you’re beginning to build a network of knowledge.

You’re in a new city! How exciting!

Pretend you’re a tourist and start to get yourself excited about the wealth of possibility that’s opened up to you with the luxury of time. I have two years and I plan on seeing as much of Sweden as I possibly can (and Finland, Norway and Denmark.)

8. Remind yourself that you can up sticks and head home whenever you want to

Forever is a long time. We’re reluctant to make that commitment to a human, let alone a place. So it’s no wonder that you might feel a bit jittery at the prospect of living in a new country until the end of time.

Focussing on something as huge and vague as forever will not only scare the shit out of you, it’ll pull you down further if you’re already feeling a bit low. Our brains don’t work in terms of forever, they work in survival chunks of time: When am I getting my next meal, where do I hydrate, where is my sleeping shelter.

Isn’t that a bit easier?

*Second only to the time I discovered grilling cheese on top of marmite toast is an absolutely TREAT.

2 Replies to “How To Settle Quickly In A New Country”