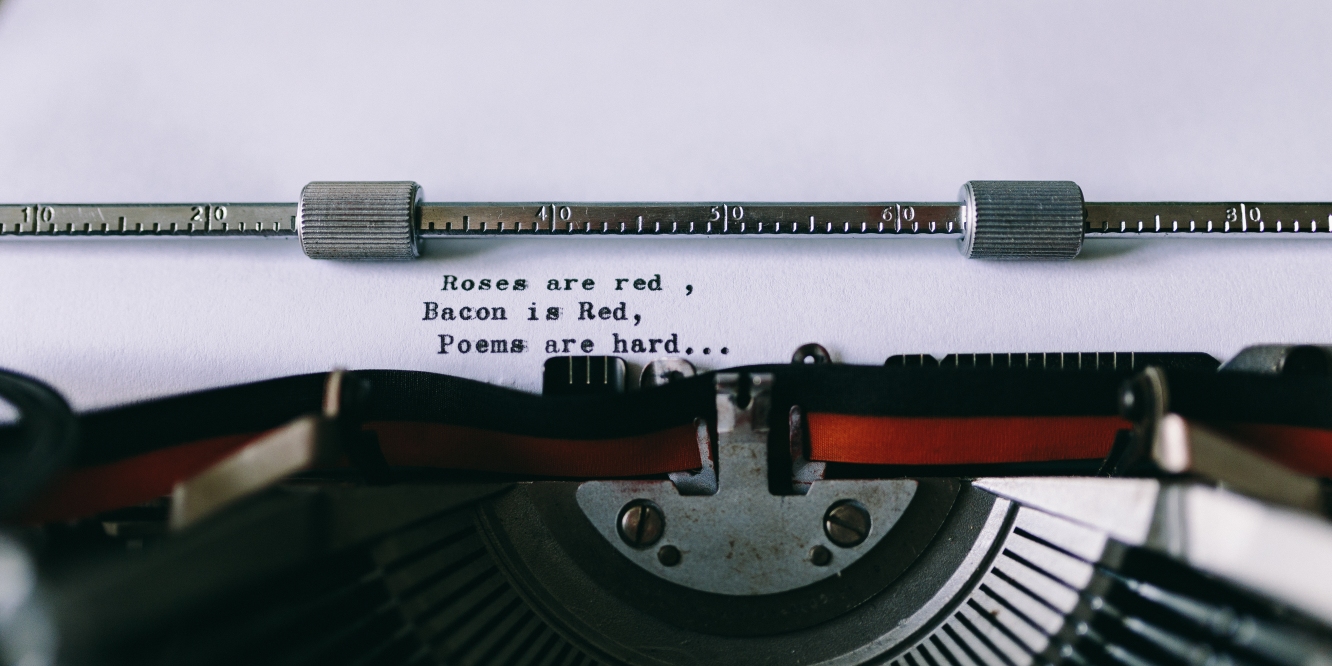 So here’s Scene 1. I’ve made a list of the mistakes and edits I corrected at the end:

Cassie peered out of the murky car window, humming quietly under her breath. The radio in her father’s beaten up old Rover had broken years ago, and all she could hear was the soft whisper of the rain, interspersed with the harsh squeal as the windscreen wipers dragged reluctantly back and forth.

The car jerked as it rolled over a speed bump, and she gripped the seat tighter, her knuckles white. Her Dad glanced over, giving her an encouraging smile.

“Nearly there I think,” he murmured, before looking in his rear view mirror and raising his voice slightly. “Louise, is it just up here on the right?”

“Yes, just up here” her step sister replied, her voice muffled from the mouthful of hair.

She caught Cassie’s eye in the vanity mirror and gave a reluctant smile. Cassie stared back, watching as the limp lock of blonde hair fell from her mouth and was quickly replaced by another one. She resisted the urge to shudder.

Her father turned left, onto a small hill. There was a solitary pupil battling her way up the hill in the rain, her umbrella held horizontally as she fought her way against it. She wore the same uniform as Cassie and Louise –  a dark green skirt, with a striped green and yellow shirt and black tie. Better than the yellow and brown of my old school, Cassie thought.

Halfway up the hill were a pair of tall iron gates, marking the main entrance. Cassie’s Dad turned right, and Louise reached forward with a squeal.

“Here is fine Tom! Honestly, you don’t have to drive us all the way in.”

Her Dad smiled over his shoulder but didn’t slow the car. “I want to take Cassie in and makes sure she gets settled.”

“I can do that,” Louise said, leaning forward and gripping the back of Cassie’s chair.

Her Dad turned to Cassie, an eyebrow raised in question. Cassie shrugged – “I just want to get this over with.”

“I wanted to have a chat with your teachers.” He said, glancing in the rearview mirror before lowering his voice. “It might be best if we tackle this head on.”

Cassie glared at him, her fingernails digging into the palms of her hands. “Please, Dad?” she said. She could feel her insides vibrating with the memory and her hands started to shake. Not now. Come on Cass, hold it together.

“It’s really not a big deal” Louise chirped, thumping back into her seat. “Come on Cassie, I’ll look after you” She leaned forward to put her hands on Cassie’s shoulders and gave them a squeeze.

“You’re right. It’s not a big deal.” Cassie breathed, grabbing her bag roughly from the footwell. “Don’t worry about it, Dad. I’ll see you later”

He reached over and patted her knee hesitantly, and Cassie smiled weakly.

“Let’s get this over with then” she muttered, opening the door and stepping out into the morning drizzle.

Her new school was a mismatched building, old red brick clashing against and the 1960’s prefab panels. From what Cassie could see it was huge, possibly even bigger than her school in London. She jogged up the three small steps into the main entrance and held the door as Louise ducked in ahead of her.

It was a big enough reception, with dusty leather sofas on either side and a big wooden desk in the centre. There was a large plasma screen behind the receptionist’s empty chair that showed a picture of the school badge – a thistle with curling leaves – and the words “welcome back to all students!”.

“Good morning Louise” the lady replied, smiling at them both. “And this must be your sister! How lovely”

“Step-sister” they both barked, almost in unison. Ms Cheyne blinked slowly back at them, startled, before nodding. “I’ll get Jane for you. She’s expecting you.”

She turned and shuffled her way towards the door. Louise moved to follow her, and Cassie caught her sleeve.

“Wait, where are you going?”

Louise turned, “To form. Jane will show you where to go, you’ll be fine”

Cassie felt her pulse quicken in panic. “Can’t you just wait with me?” she said, cringing inwardly at the whine in her voice.

Louise eyed her carefully, considering this. She looked a lot like her mother, Cassie thought. She had the same broad face and high cheekbones, the same fair hair – although her mother’s was more a strawberry blonde. Louise’s hair was the colour of hay, an odd mix of yellow and ash, and dark at the ends where she kept chewing it.

“Come on Cassie,” she said, her tone sharp. “It’s the first day back at term, I want to go and see my friends. Don’t be selfish.”

Cassie didn’t reply but instead crossed her arms over her chest. Louise stood there for a couple of seconds longer, almost expecting an argument, before turning on her heel and swishing her way out of the reception.

She glanced back at the door, but the woman had already shuffled out of sight. Readjusting the heavy rucksack slung over her arm Cassie checked her watch. The large clock on the wall read 8.10, but it was still only 8am. The door released again behind her and a man strode in, briefcase balanced on top of a pile of books. She took another step inside to maneuver out of his way, into the small alcove behind her.

The walls were covered with photos, each hanging in an identical wooden frame, with a small brass plaque. A black and white photograph in the corner caught her eye, and she moved closer. She traced her finger under the date on one of the photographs- 1939. That would’ve been just before the war, she thought. They all looked so funny in their thigh length shorts and mud spattered striped socks. She tried to imagine what it would have looked like in colour, and her eyes stopped on the face of a young boy near the front. He had his arms folded proudly across his chest, a grin as wide as the Cheshire cat’s plastered on his face.

“Boys Football – A Squad. Cup winners 1939” she muttered, reading the slightly tarnished plaque that hung under it.

Cassie turned as a small, bird like lady tottered towards her on patent red heels. Her suit was red, too, along with her lipstick. Around her neck hung a pair of glasses that she clasped now between her long, crimson nails.

“It’s Cassie” Cassie replied, tearing her eyes away from the photograph and turning to face the woman approaching her.

“Lovely to meet you Cassie. I’m Janet, I look after admissions. Would you like to come through to the office, please?”

The woman beckoned to her and Cassie gladly followed in step, her trainers squeaking next to the lady’s sharp clack-clack-clack. She could feel sweat beading on her forehead. Did they know? Would her school have called them?

“So have you moved recently?” Janet asked, pushing through the glass doors at the end of the hall and turning left. Cassie followed her up a couple of steps before they made another left, into the cramped office that overlooked reception.

“Yes” Cassie replied, “we drove up over the weekend. Dad and I, I mean.”

“That must be a big change for you dear. Moving home and changing schools all in one week”

Cassie nodded, the knot in her stomach growing tighter.

Jane ushered her through a narrow gap between overfilled desks, and into the corner. She signaled for Cassie to take a seat on a small wooden stall, and folded herself into the tattered blue chair behind the desk.

“Right, now then, let’s see,” she said. She pushed her glasses up her nose slightly as her fingers began tapping across the keyboard. “What’s your last name, dear?”

“Bates” Cassie said, leaning on the desk and dropping her bag to her feet. Her hands were still shaking slightly, and she clasped them tightly in her lap.

The office had a yellow tinge to it from the low hanging strip lights mingling with the vibrant yellow wallpaper. Every desk was covered in paper, to the point where it was impossible to tell what they were made of.

“Right pet I’ve got your timetable here” Janet said, whipping her glasses off her face as she rolled her chair round the corner to sit next to Cassie, crushing paper under the wheels.

She handed Cassie the paper and held up a finger, before rolling back to her side of the desk and rummaging through a stack of paper behind her.

“First things first though you need to go and register. That’s in room 017, which is ground floor, room 17. You’ll get the hang of it quickly enough pet. Now, if you come out of this office, turn left and just keep going you should find it. Mr Roquart’s class.”

She held out a thick wad, and Cassie took the extra sheets of paper from her, blinking from the barrage of information. Her pulse slowed. Maybe they hadn’t said anything. Maybe it really was a fresh start.

She must have seen the startled look on her face, because Janet smiled again and patted her shoulder gently. “Don’t worry dear. It’s not so much a school as a rabbit run, but once you learn these walls you won’t get lost”

Cassie nodded, peering at the incomprehensible mess of letters and numbers in front of her. Already the school was beginning to fill with the steady chatter of students as they poured in the main entrance. Clasping her timetable tightly to her chest Cassie stood up, reaching for her bag.

“Janet?” asked Cassie, her fingernails scratching the insides of her palm. “Did my school send anything on at all? A reference, my results?”

Cassie felt panic wash over like a bucketful of cold water.

“They forwarded your results from your GCSE’s. Well, we actually get that from the examination boards themselves. Much more efficient than going to the school directly. But no reference, no” She gave Cassie another smile. “Second left dear don’t forget. I’ll be seeing you, I’m sure” she said, giving her another smile before sliding her glasses back onto her slightly crooked nose.

“Thanks Janet” she replied, making back towards the door and stepping out into the hurried crowd of students.

1. I sped it up slightly

I had a lot of meaningless dialogue. Like the debate between Cassie and her Dad about whether or not he was going to come in went on for a good six more lines and was effectively a circular argument.

2. Deleted stuff… and then added it back in

I deleted the paragraph where she’s looking at the walls, and then added it back in again. It’s a precursor to something that happens later, but I thought it was a bit too ‘filler’. Maybe I’ll change my mind and remove it again.

Wowza did I have so many adverbs. She stared gloomily, she walked briskly. Adverbs are a bit of a black hole and plague all my early writing. It’s the old show and tell line – why tell someone, when you can show them? So I removed the adverbs. Well, most of them, anyway…